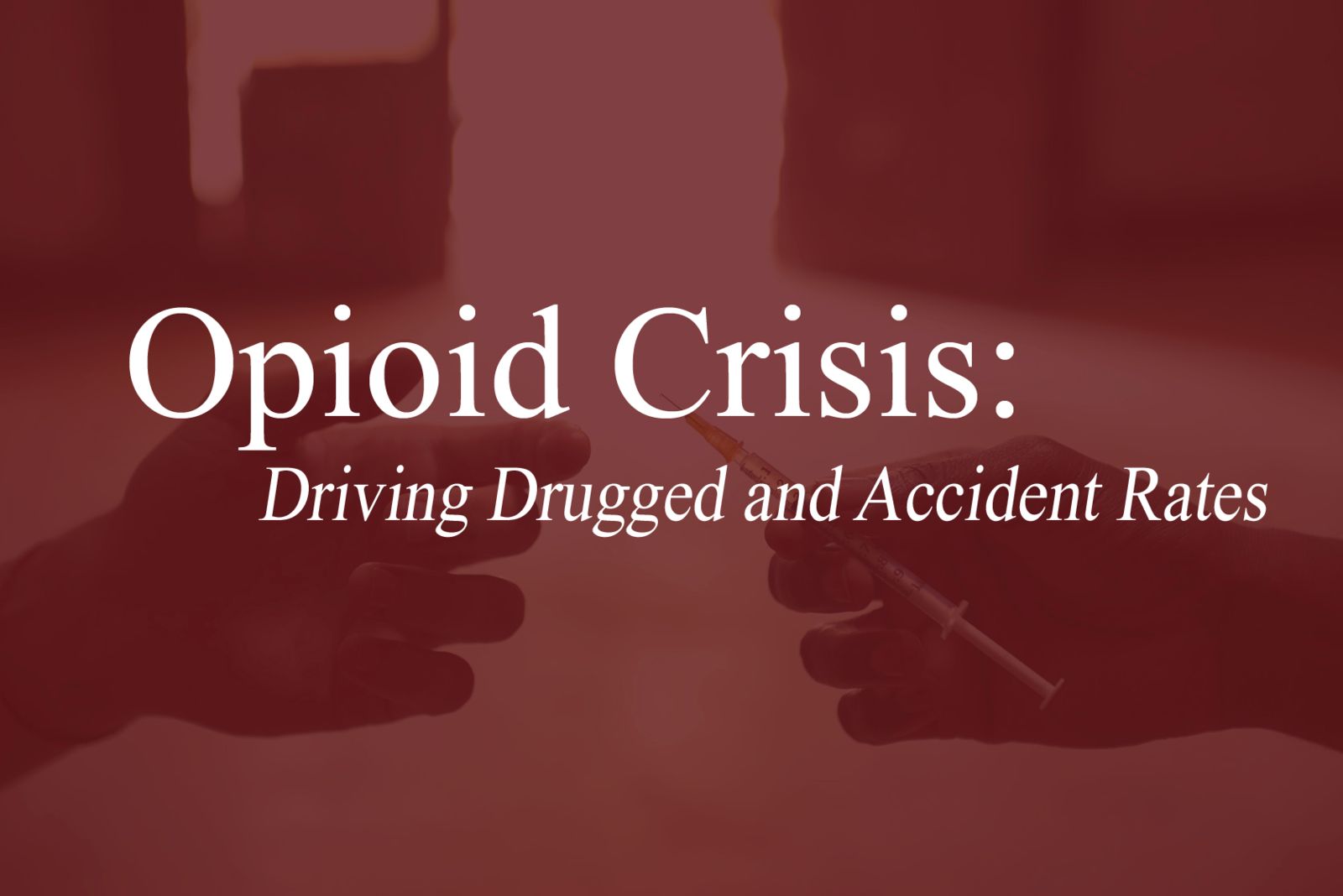 Communities across West Virginia are in the midst of a horrible opioid crisis.  At least 818 West Virginians died in 2016 due to an opioid overdose.   News report after news report has shown videos of men and women, parents, grandparents, etc… slumped over behind the wheel of a vehicle, often times with children in the back, oblivious to what has occurred.   In fact, a 2014 National Survey of Drug Use and Health found that over 10 million people ages 12 and above drove under the influence of some sort of “illicit drugs,” that included marijuana, cocaine, heroin and misused prescription drugs.

The effect on car accident rates has grown tremendously over the past few years.  West Virginia is one of a few states that monitor and test for substance use in auto related accidents resulting in a death.  A review of that data by Columbia University found that the number of opioids detected in fatal car accidents was on average at 1% in the 1990s, but skyrocketed to 7.2% by the year 2015.  The study itself was only limited to those drug tests taken within an hour of the crash to assist in excluding those drivers that received opioids to treat pain at and after the accident itself.

A study published in the American Journal of Public Health found that prescriptions of opioids such as hydrocodone and oxycodone went from 76 million in 1991 to almost 300 million in 2014 and continued to rise until most recently when a number of factors, including government intervention, caused a slight decrease in 2016.

Opioid use, whether due to a prescription or not, can severely impair a person’s ability to drive.  Opioids are known to cause dizziness, impaired thoughts, sedation and even delayed reaction times, all are at issue when someone under the influence sits behind a steering wheel.  Driving while drugged has an impact on everyone on the road, including the driver, passengers and anyone in the cars path.  We have seen time and again that the slightest over correction or slow reaction will cause detrimental effects during an accident.

What does that mean to the average driver in West Virginia?  Watch Out!  As the usage continues to increase in our communities, so will there be an increase in accidents caused by drivers who are under the influence of an opioid.  Although law enforcement has begun a proactive approach to the opioid crisis, with the sheer volume of users, you as a driver will come across at least one person who is driving when they shouldn’t be.

Car accidents in general are always horrific for those involved.   Accidents caused because a driver was on an opioid only increase the level of pain and suffering for everyone.  If you or a loved one is injured in an accident with someone under the influence, it is important that you consult with an attorney.  Your claim will no longer be cut and dry and you will need the advice of someone who has dealt with these issues in the past.  If you have any questions or would like additional information on what to do after an accident caused by a driver under the influence of opioids, feel free to contact us directly.