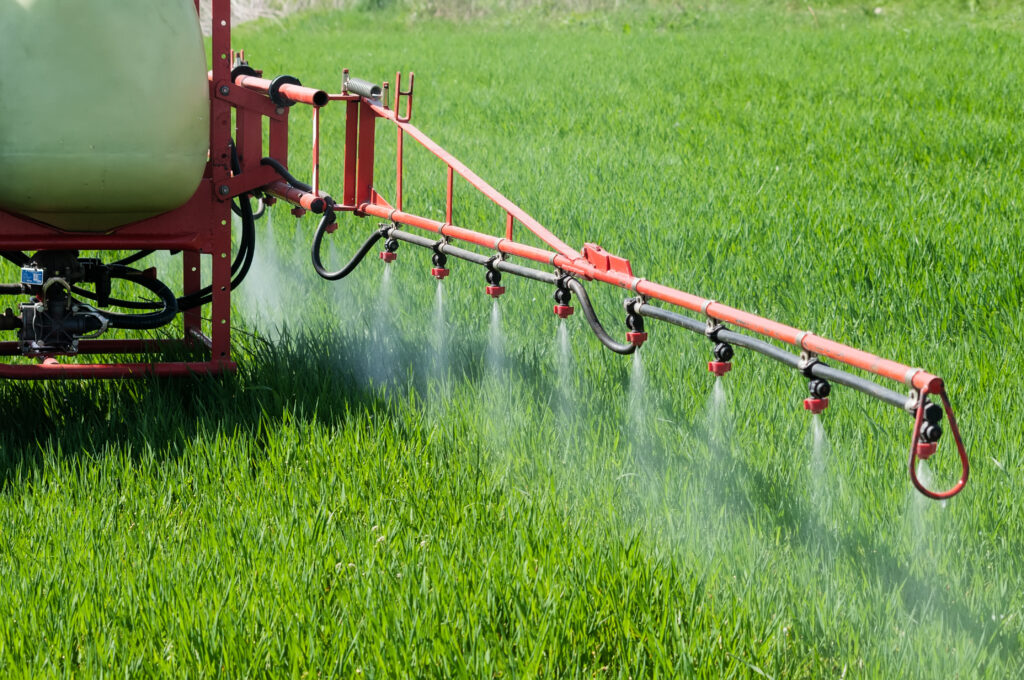 Paraquat is a commercial strength weed killer linked to Parkinson’s disease. If you or anyone you know were exposed to Paraquat and diagnosed with Parkinson’s, you may be entitled to financial compensation. Contact an attorney to check eligibility.

What is Paraquat and What is it Used For?

Paraquat, or Paraquat dichloride, is a toxic chemical used to kill grass, unwanted vegetation, and weeds. Although it is banned in many countries, it is still one of the most widely used herbicides in the world.

Paraquat is legal in the United States, but the Environmental Protection Agency (EPA) classifies the herbicide as a “restricted use” chemical. This means that the chemical can only be used and bought by licensed users such as commercial farmers.

There are many ways that people can be exposed to Paraquat, according to the CDC, including:

The products that contain Paraquat dichloride as an active ingredient may be known to growers under the following names:

Who is at Risk of Paraquat Exposure?

In general, licensed applicators of Paraquat are the ones that are most likely at risk of exposure.

But, because the chemical is often sprayed on open fields, there are quite a few other individuals and handlers that are also susceptible to exposure, including:

Immediately after a person ingests a significant amount of Paraquat, they are likely to have swelling and pain in the mouth and throat. This pain will most likely be followed by gastrointestinal symptoms such as nausea, vomiting, diarrhea which may become bloody, and abdominal pain.

There are other common symptoms that can also indicate an individual has been poisoned by Paraquat. Symptoms differ depending on whether a small-to-medium amount or large amount of the chemical was ingested.

For small-to-medium amounts, the following health effects may develop over the course of several days or weeks:

For large amounts of Paraquat, the following symptoms could develop in just a few hours or days:

Parkinson’s disease is a neurodegenerative disorder where brain cells progressively die. Although the link between Paraquat and the disease continues to be researched, scientists have suggested a possible connection between the herbicide and an increased risk of developing Parkinson’s disease.

Studies even show that farmers exposed to these herbicides and pesticides have a 170% greater risk of developing the disease than other non-farmers. The longer the farmers work with these pesticides, the greater their risk of Parkinson’s Disease.

Even though there are a variety of common symptoms related to Parkinson’s disease, they can vary significantly from individual to individual in terms of progress and intensity.

The more common motor symptoms of Parkinson’s disease include:

How Long Does it Take to be Impacted By Paraquat Exposure with Parkinson’s?

But determining how long it may take for an individual to develop Parkinson’s after Paraquat exposure will depend on many factors, including the person’s level of exposure and the age at which they started to be exposed to this chemical.

Countries Where Paraquat is Banned

Because of the many dangers that have been reported with Paraquat exposure, over 30 countries have banned its use, though the United States is not one of them.

Specifically, this chemical has been banned in:

One of the first Paraquat lawsuits was filed in 2017 in Illinois against Syngenta, a Swiss-headquartered and Chinese-owned agrochemical company, and Growmark, another company that makes Paraquat products.

The plaintiffs in the lawsuit included agricultural laborers and farm owners who worked on farms where Paraquat was used or worked with Paraquat directly and later developed Parkinson’s disease.

In an amended complaint, the plaintiffs have also added Chevron Chemical as a defendant, claiming that the company acted in concert with Growmark and Syngenta.

Eligibility to File a Paraquat Lawsuit

Anyone exposed to Paraquat who later developed Parkinson’s disease can be eligible to file a lawsuit against Paraquat manufacturers.

The best way to determine if you are eligible to pursue this lawsuit is to contact an experienced personal injury lawyer who can investigate your case and determine if you have a viable claim.

If you have been diagnosed with Parkinson’s and you:

Proving You Were Exposed to Paraquat

Those who work or have worked on farms are more likely to be aware of the chemicals they have been exposed to or have come in contact with.

In comparison, individuals and residents who live near farms may have been exposed to Paraquat but have no idea of their exposure or that there is a link between this exposure and their Parkinson’s disease.

That is why if you were diagnosed with Parkinson’s and you live near a farm, you should speak with an experienced personal injury attorney as soon as possible. These lawyers can investigate your case and determine if there is a link between your disease and the Paraquat exposure.

Should You File a Paraquat Lawsuit?

If you believe you have suffered injuries and losses because of Paraquat exposure, it is important to speak with a trusted personal injury attorney to determine your eligibility to file a lawsuit.

Filing a Paraquat claim is not only essential in helping you get compensation for the harm and damages you have sustained because of the exposure, but it can also allow you to pursue the justice you want by holding the companies responsible accountable.

This lawsuit can also help spread awareness to others who were at risk or could be at risk of developing Parkinson’s because of the chemical.

Have There Been Any Paraquat Lawsuit Settlements?

There have not been any settlements or jury verdicts in Paraquat cases yet. These cases are new and, while some have been dismissed, many others are still pending. Paraquat claims and lawsuits are still in the early stages and attorneys are continuing to accept cases.

As new lawsuits continue to be filed, cases may be consolidated into multi-district litigation (MDL) which means that all cases will be tried by one judge in one court.

If a multi-district litigation is created for Paraquat Parkinson’s lawsuits, it could lead to a global settlement in which all plaintiffs will receive an agreed settlement payout from the herbicide’s manufacturers and other liable parties.

Past results are not indicative of future outcomes, but some defective product claims involving large groups of people are consolidated into MDLs or class action lawsuits.

How an Attorney Can Help

If you or a family member have been diagnosed with Parkinson’s disease, and you believe it can be linked to Paraquat exposure, you should contact an experienced and skilled personal injury lawyer as soon as possible. Your time to file a lawsuit may be limited since the statue of limitations may apply to your case.

The skilled lawyers at the Miley Legal Group can:

Remember, you have nothing to lose by reaching out to a personal injury lawyer, as there is no cost for inquiring about your case. You have plenty to gain, including the justice and financial recovery you are entitled to.

Contact the Miley Legal Group today for a free consultation and to learn more about how we can help get you the compensation you deserve.