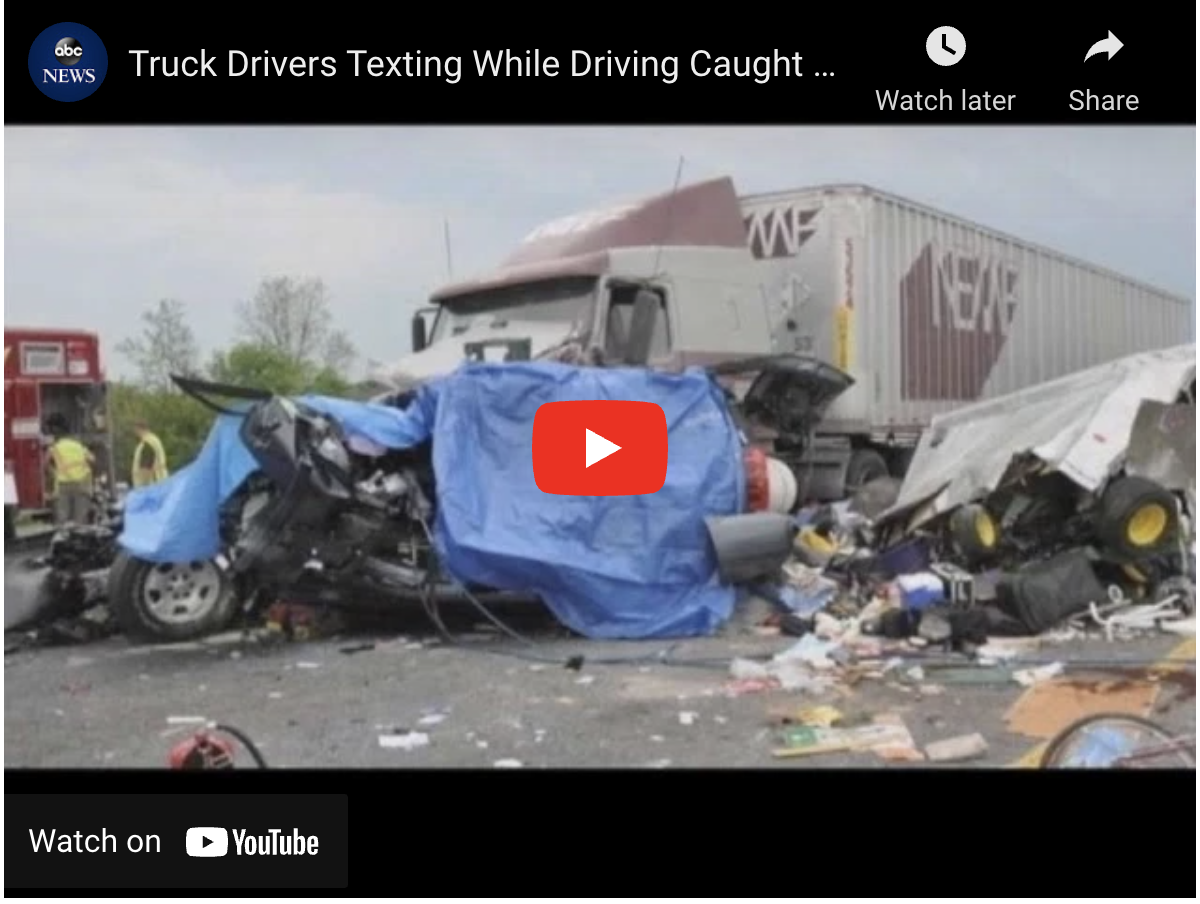 ABC Station WABC in New York City conducted an investigation in which they placed hidden cameras along major U.S. roadways to determine if truckers were abiding by the national truck drivers texting ban. The WABC hidden cameras caught many truck drivers breaking the law by using electronic devices while driving, as reported in April 2014.

The Federal Motor Carrier Safety Administration (FMCSA), the agency that regulates trucking companies, has a strict ban on using any type of handheld device while driving.

It’s unlawful for any commercial truck driver to do any of the following actions while driving.

The news report showed numerous examples of truckers texting and driving, using their cell phone, and, in one instance, talking on two cell phones simultaneously.

In one previous case, a camera inside of a truck driver’s cab showed the driver looking at photos on his phone while driving, at which point he crashed into parked police cars and emergency vehicles on the side of the road, killing one police officer.

An ABC News reporter commented: “These are terrifying moments on tape when drivers are taking their eyes off of the road and putting everyone around them in danger.”

Unfortunately, these are not isolated events; it’s an “epidemic.” A WABC reporter explained, “On any highway, where we set up our camera, we easily caught drivers dialing, texting, and talking on their phones. Illegal for sure. And potentially deadly.”

Those Injured by Texting Drivers Can Hold the Trucker Liable

If you or a family member where involved in a truck accident in Clarksburg or the surrounding areas because of a trucker violating the truck drivers texting ban, contact our attorneys at The Miley Legal Group for a free consultation. We can review your case and determine if there is a viable way for us to help you recover damages. Contact us today at (304) 931-4088.