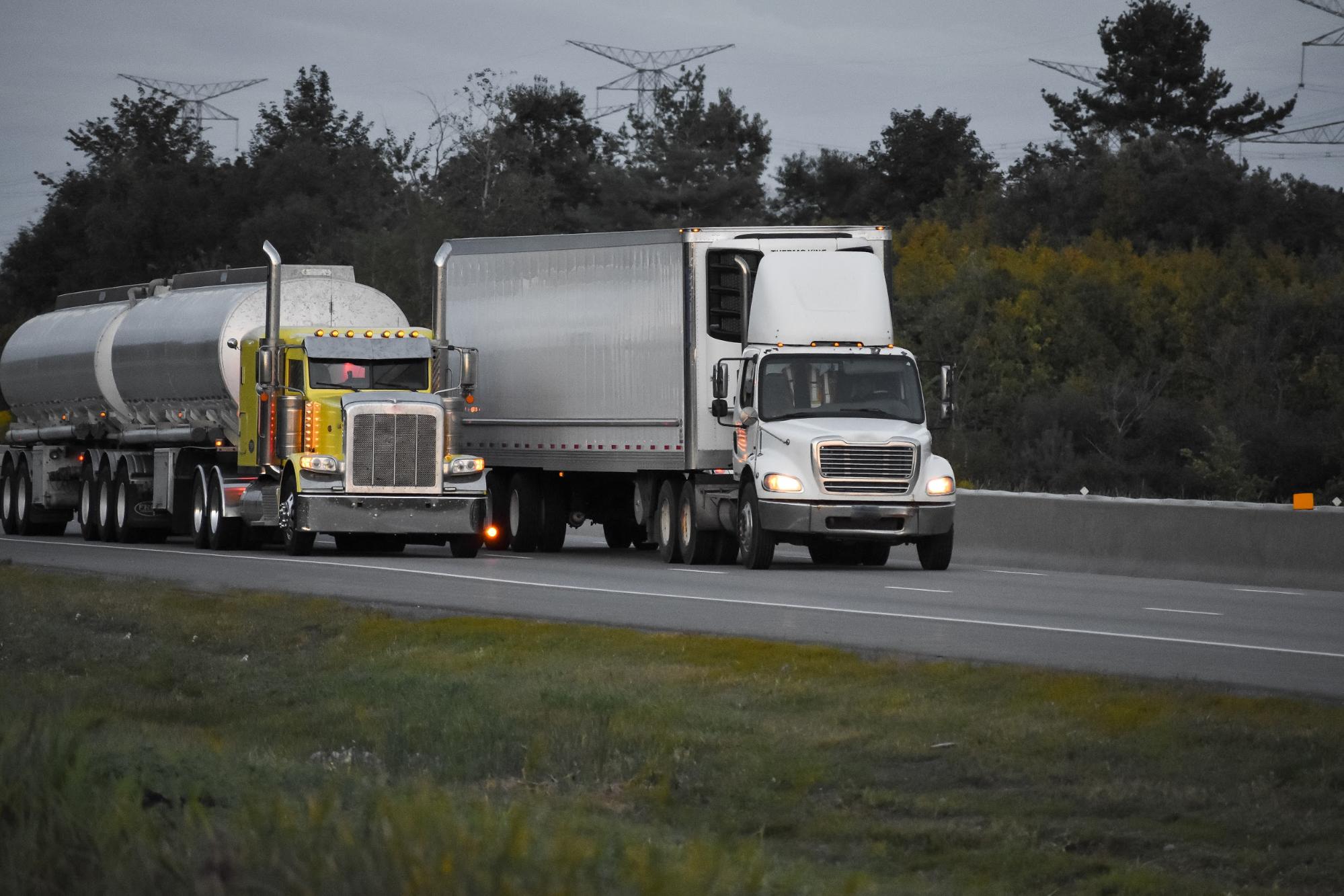 Can Semi-Trucks Legally Drive in the Left Lane?

Each state has its own laws with regard to the legality of semis driving in the left lane. However, in most states, semi-trucks can only legally drive in the left lane when they are passing another vehicle, exiting to the left, or making a left-hand turn. When commercial trucks primarily stay in the passing lane, it can lead to dangerous truck accidents, severe injuries, and sometimes death.

Tens of thousands of semi-truck crashes occur each year in the United States. Those that involve collisions with passenger vehicles frequently cause severe and fatal injuries for the occupants of the smaller vehicle.

Safe sharing of the road with a tractor-trailer requires driving defensively and always watching for trucks making erratic moves, especially when they drive in the left travel lane.

Below we discuss the rules, dangers, and consequences of trucks operating in the left lane in West Virginia, and how a lawyer can help you if you suffer injuries in a truck crash caused by a driver operating outside their designated lane.

Can Semi-trucks Legally Drive in the Left Lane in West Virginia?

West Virginia state law has specific rules for driving in the left lane that truck drivers and all other motorists must follow.

All drivers, including truck traffic, must default to driving in the far right-hand lane except under the following conditions:

Note that on a multilane highway, such as interstate highways, state highways, and expressways, the designated lanes where large trucks and motor vehicles can operate are typically expanded.

Three-lane roadways restrict trucks to the right lane, but they can pass in the middle lane. On a four-lane highway, truck tractors pulling semitrailers can operate in the two right-hand lanes.

Dangers of Trucks in the Left Lane

Commercial drivers who operate illegally in the left lane create a wide range of dangers for themselves and for those with whom they share the road. Most of those dangers flow from the fact that trucks in the passing lane interrupt the normal flow of traffic. Most big rigs have speed governors that prevent them from going too fast, and they lose speed when traveling up hills.

Trucks that cannot move at the same speed as other vehicles impede traffic and cause slowdowns.

Conversely, trucks that break the posted speed limit by traveling too fast put motorists at risk of severe injuries or fatalities, because they cannot react quickly and stop when a hazardous road condition arises or when a traffic control device, such as a stoplight, requires them to make a full stop.

Trucks in the left-hand lane compound these dangers, because the blind spot to the right of a truck is much larger than the one to the left. A trucker who drives in the left travel lane risks losing track of other motor vehicles to the right and merging into their paths, causing an accident.

If highway patrol in West Virginia sees a semi-truck ignoring the left lane truck restriction—that is, not preparing for a turn or passing another vehicle—they might issue a citation to the driver.

Continued traffic violation convictions can lead to even bigger consequences for truckers.

For example, an operator who receives a traffic violation conviction for driving in the left lane must report the conviction to the driver’s employer within 30 days. Repeated moving violations can result in suspension of the driver’s commercial drivers’ license, which might result in job loss.

Using Caution Near Trucks in the Left Lane

Use caution when sharing the road with semi-trucks to avoid dangerous and deadly truck accidents.

If you drive next to a truck in the left lane, then you will almost certainly be in the truck’s blind spot. If the driver does not see your vehicle before moving to the right, you risk a collision and maybe even a multi-vehicle accident.

Some things you can do to prevent being involved in a truck accident when you see a truck in the left lane include:

Recovering Damages After a Truck Accident in West Virginia

In the event that a truck driver breaking left lane laws causes an accident that leads to injuries, West Virginia law entitles accident victims to seek compensation for their injuries and losses. By taking legal action, victims may have the right to recover:

If a driver illegally operating in the left lane causes a fatal accident, then the surviving family members of the deceased crash victim may have the right to take legal action known as a wrongful death action, seeking compensation for their loss that can include some of the types of damages above, and also funeral and burial expenses.

Truckers have a responsibility to operate their big rigs safely, which includes not casually driving in the left lane. Unfortunately, not all drivers prioritize safety, and their careless and reckless actions can cause accidents.

If you suffered injuries in a truck accident because of a truck driving in the wrong lane, then you may have valuable legal rights to seek compensation from the operator, the trucking company, and others, for your injuries and losses.

The experienced truck accident lawyers at The Miley Legal Group have the knowledge and resources to secure that compensation. Contact us today for a free consultation to discuss the events that led to your truck accident, your injuries, and your legal options.