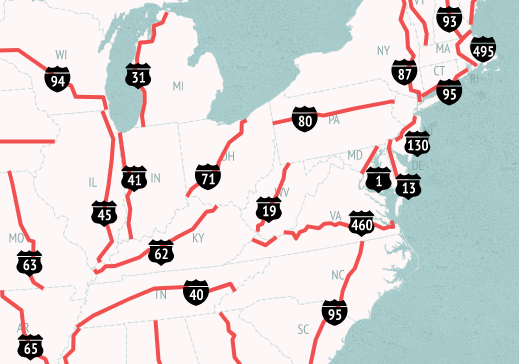 Did You Know That West Virginia’s Most Dangerous Highway is Right in Our Back Yard?

Geotab, a fleet tracking and management company, has gathered and reviewed the data and announced that State Route 19 as the most dangerous highway in West Virginia.  Based on information from the National Highway Traffic Safety Administration and the Federal Highway Administration, Geotab established a “Fatal Crash Rate” by reviewing the number of fatal crashes in the state and how many can be attributed to Route 19.  Also, the data was used to rank the state and roadway among the other 49 states.  (West Virginia came in 22nd if you were curious.)

Route 19 enters our region through Weston, through West Milford, Clarksburg, Shinnston, Worthington, Fairmont, Rivesville, and into Morgantown.  Each mile represents some of the treacherous roadways in the state.  Not only do drivers deal with poor upkeep, but they also deal with well-known twists and turns of West Virginia highways.

Fatalities due to vehicle accidents have risen steadily across the country, and in fact, the past three years have seen deaths estimated at over 40,000 per year, of which Route 19 contributed 111 fatalities in the past.  These types of numbers have not been seen since the Great Recession.

“Any vehicular death due to the recklessness of another driver is unacceptable,” stated Tim Miley.  “There are precautions we can take as responsible drivers that would not only help lower the number of accidents but lower the number of resulting deaths.”

What can you do to help reduce the number?

State Route 19 is traveled by hundreds of drivers daily.  Whether drivers are rushing to or from work in Clarksburg or buzzing to a sports game in Morgantown, there is always traffic on 19.  Where there is traffic, there are accidents, and unfortunately, with accidents come injuries and even deaths.

“Do what you can to help avoid being involved in an accident.  Our firm is dedicated to assisting those injured in an accident, but we would prefer that the accident was prevented from the beginning.”  Miley said.