It was a chilly February day, our client, Jerry was enjoying his Saturday, sitting on his couch, reminiscing about life. At that same time, around 8:30 that morning, a reckless driver, named David, lost control of his Nissan Altima and rammed it into Jerry’s house. The impact threw Jerry off his couch and across the room! The responder, Trooper Totten, concluded this was reckless driving and gave the at-fault driver, David, a citation. State Farm is David’s insurer, and they covered the expenses of the house damages, however, compensation is expected for the various injuries Jerry has incurred. 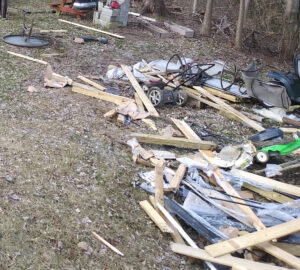 The sustained injuries of Jerry included a loss of consciousness, traumatic brain injury, post-traumatic headaches, lower back pain, muscle strains, neck pain, bilateral knee pain, tear of medial and lateral meniscus and complex tear of lateral meniscus of his right knee, effusion of his left knee, injured thorax, injured neck, injured head, lower back injury, sprain of cruciate ligament of knee, and generalized muscle weakness. Jerry rated his pain levels an 8 and 9 out of 10 during his doctor visits. He had check ups with Fairmont Regional Medical Center, Whitehall Medical, United Hospital Center Orthopedics, WVU Medicine – Neurosurgery Clinic, WVU Medicine – Pain Clinic, WVU Medicine – Neurology, and Emergency Solutions. The severity of Jerry’s injuries, coupled with the various medical centers he had to visit multiple times, has accumulated his medical expenses to a total of $27,758. Jerry’s injuries are still present; thus he will have future medical expenses which are estimated to amount to $52,650 to as much as $77,200! 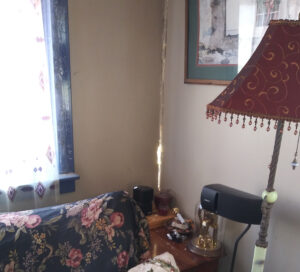 The significance of this incident has some unforeseen long-term effects on Jerry’s quality of life. Firstly, his mindful state of peace has been eradicated and overtaken with anxiety, depression, and restlessness. He will likely live with this dreadful mental state for the rest of his life. Secondly, Jerry has ceased to participate in the recreational activities and leisure activities nor in social events like he once did. He is missing out on the hobbies he enjoys due to his new physical ailments. Thirdly, Jerry has been working in the coal mines on a contract basis with MA Heston, Inc, however, he now struggles performing the necessary duties of lifting, standing, and walking. He yearns to return to his lifestyle he had prior to the incident, but there is currently little to no improvement to be seen in his physical and social wellbeing, nor is he expected to improve in the future.

The Verdict and Settlement: