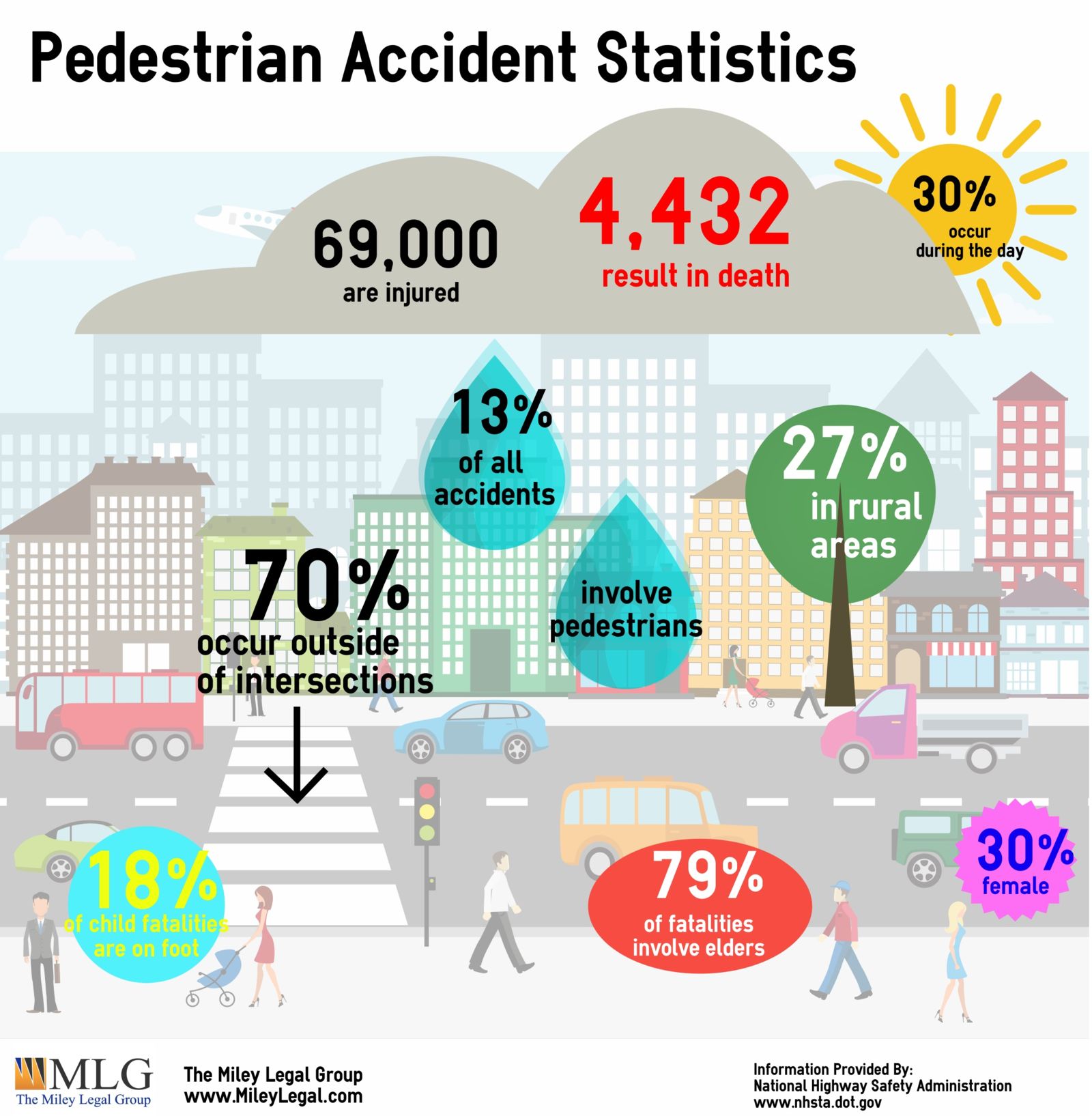 PEDESTRIAN INJURIES AND DEATHS ON THE RISE

What Can I Do To Protect Myself?

Broken down, NHTSA statistics reveal that one pedestrian is injured every 8 minutes and one is killed every 2 hours in a traffic crash. The statistics are even worse for children.  More than one-fifth (21%) of children killed in traffic crashes were pedestrians.

Understanding how pedestrians are injured or killed is the key to protecting yourself and your family.  Here are some critical statistics:

These statistics suggest common-sense solutions for pedestrians and drivers:

Because pedestrian incidents often cause a great deal of harm, those affected may be struggling to find ways to pay for medical care and other associated losses.   If the driver was at fault, his or her automobile liability insurance should apply; however, that is often not enough.  The best way to protect your family members as pedestrians is the same as the best way to protect them as automobile occupants – through having adequate uninsured motorist, underinsured motorist and medical payments coverages.

Most people don’t think about their own automobile policy applying to them as pedestrians, but they typically do as long as the incident involved the use of “an automobile,” not just your automobile. Your medical payments coverage will apply, up to the limit, regardless of who was at fault.  This is critical especially if you do not have health insurance or have high co-pays and deductibles.