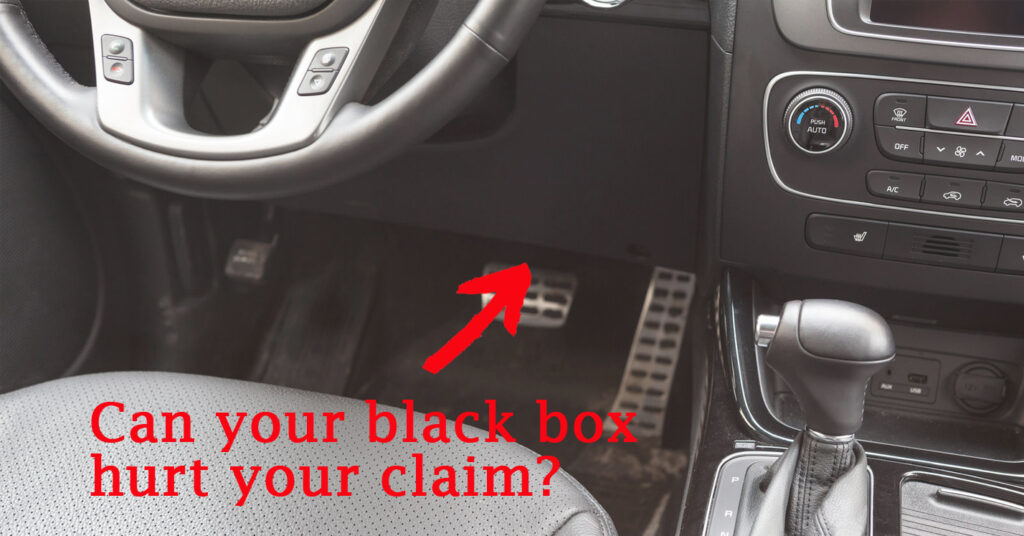 Most drivers are not aware of the little black box that records their car’s movement right before and right after an accident.  Electronic Digital Recorders (EDRs) have been in use in some models since 1994.  They were first implemented to monitor the actions of airbags during accidents, but have increased in functionality and what they record since then (Keep in mind that they only record the 20 seconds around the crash).  It is thought that as of this year, most cars on the road have some form of a recording device, especially since Congress in 2014 mandated that they be placed in all newly manufactured vehicles.

Why was a black box installed in my car?

Recording devices were initially installed to help car manufacturers see how their cars performed during accidents in real-life scenarios.  In fact, the data collected from various recording devices have allowed for advances in the improvement in auto safety.

Does my car have a black box?

More than likely, yes, your car has a recording device.  You can check out the list here, but in 2013, 96% of every new car had a device, while those manufactured and sold in prior years were not mandated, most cars had them installed.

Who has access to the data after a car accident?

Privacy has become a main concern when looking at recording devices in cars.  In fact, a number of states and Congress has regulated who owns the data and who has permission to access it.  In general terms, you control the access, as those interested in reading the device have to access it directly from the car.  However, a court order can change that, just as it can force you to allow someone to search your home.

In order to access a black box recording device, you need specialized equipment.  A Crash Data Retrieval system costs at a minimum of around $2,000 and can reach up to $20,000 with varying accessories.  The system itself plugs into the on-board diagnostics port under the dashboard and gathers the information from your computer’s system.  There is equipment available that locks down that port and can only be accessed after removing the lock by the owner, you can find a few items by searching the internet.

How can my cars black box help me in my accident claim?

Depending on the type of claim you have, the recording device in your car may have the key information needed to help prove liability in an accident case.  More specifically, black boxes will record everything from speed, brake status, seatbelt usage, seat position, torque to even roll angles. All of this information could assist your attorney in proving liability.  In some cases though, it can also hurt your case.  If for instance you lie to the officers and advise them that you did not have your seatbelt on and that you were braking at the time of impact, the recording device can disprove your statement which could call your other claims into question.

It is recommended that whether the other driver is deemed liable or not, you might want the information on the black box.  If there is a question as to what happened during the accident, your attorney can assist you in preserving the evidence of your car accident.  Under these circumstances, it is important to get in touch with an attorney right away.