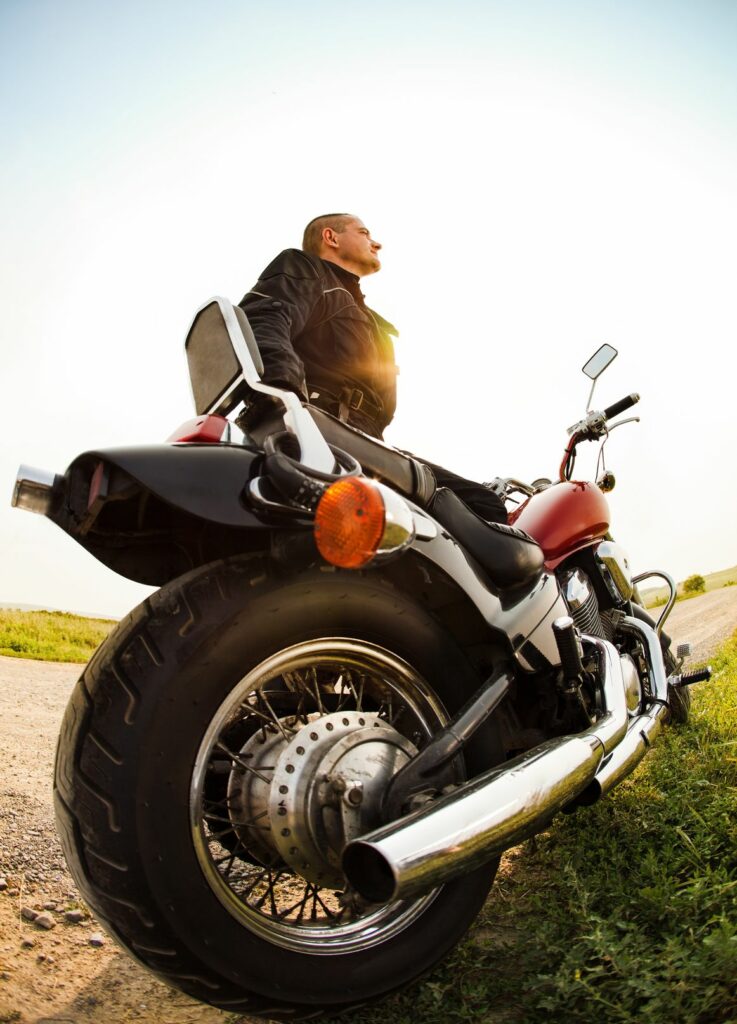 Riding My Bike is My Life

Riding my bike is my life.  I got my first bike at the age of 19 and I enjoyed every second I could get out of that bike, a 1986 Yamaha XJ, red and white.  It was a little worn when I got it, but I loved working on it and loved riding it.  In fact, at the time, I worked right off the interstate, so I had a lot of experience riding it with the throttle open.  In the end, that may have been what caused me my problems.

My accident occurred on a Saturday morning, on my way back from the beach.  I and a few friends had just gotten through a week long excursion with only me riding my bike.  On the way home, we had a trail of two cars behind me going about 55 on the open roadway.  About 1 hour into my ride, I noticed that we had lost one of the cars in our group.  Not wanting to get too far ahead of them, we decided to slow a bit and see if they would catch up.  Never leave a man behind was my motto, whether in a car or on a bike.

After about another 10 or 15 minutes, I decided it may be best to pull off and go back and look for them.  With no cell phones at the time, it was more difficult to communicate with the other drivers, so we initially thought maybe they had some car trouble.   I decided I would head off the next exit and turned my signal light on. As I began to slow down, I noticed there was quite a bit of gravel on the off ramp, not quite prepared to let gravel take me down, I began to rapidly slow down.  As I did so, I noticed in my mirror, the other car in our group was not slowing down as fast, and I had no time to react.  The next thing I remember was getting tossed into the air and bouncing hard off the hood of my buddies vehicle.

I woke up on the way to the emergency room in the back of an ambulance.  I was in excruciating pain.  I could tell that my head had some cuts and I knew that my leg was probably broke.  The EMT that was with me tried to let me know what they all thought was broken, but they said my bike was totaled.  In the end, I got away; I say that lightly, with some serious road rash, a broken tibia, two broken fingers and a sprained wrist.  I had pins put in my leg to help stabilize my bone and had I would guess at least two months of physical therapy, it was awful.

I am not sure in the end what exactly happened and my buddy was so tore up over it, he could barely speak with me.  My bike was ruined; I was hurt badly and not sure how things would get put back together.  After getting through physical therapy and slowly getting my life back together, I got back to work and began saving for another bike.

The insurance company did reimburse me for the bike, but not nearly enough as they should have.  But it was a friend who hit me and I did not want to push the issue.  I know now after speaking with a number of my friends that had similar circumstances that I should have pushed and even hired a lawyer to help me out.  Back then we didn’t worry about those things, but I am pretty sure I got screwed out of a bunch of money that could have helped me out then and even today.